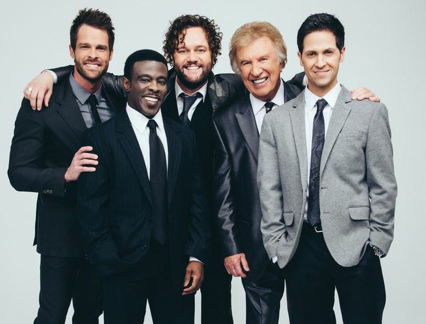 The Gaither Vocal Band got its start in the early 1980s with four guys singing around a piano backstage before a Bill Gaither Trio concert. Gary McSpadden, Steve Green, Lee Young and Bill Gaither were just having fun, harmonizing on “Your First Day in Heaven” when Bill decided they should try out their new sound on a live audience that very night. The audience went wild… and that impromptu performance marked the beginning of an era.

Now, for more than a quarter century, the Gaither Vocal Band has created a legacy of award-winning excellence that has forever raised the bar for male harmony. The list of men who have comprised the Gaither Vocal Band over the years reads like a “Who’s Who” among the gospel music industry’s best-loved voices. And, always at the helm, has been Bill Gaither, who has led the group out of his personal passion for great harmony and his genuine desire to bring meaningful music to a hurting world. The Grammy-winning, chart-busting success of the Gaither Vocal Band has far exceeded his wildest expectations.

Today, the Gaither Vocal Band roster is comprised of Bill Gaither, Wes Hampton, David Phelps and Adam Crabb. Individually, these men are gifted artists and men of authentic faith. Together, they are the incomparable Gaither Vocal Band, known around the world for their powerhouse vocals, innovative harmonies and life-altering message… a message of grace, hope and redemption.

This site uses Akismet to reduce spam. Learn how your comment data is processed.