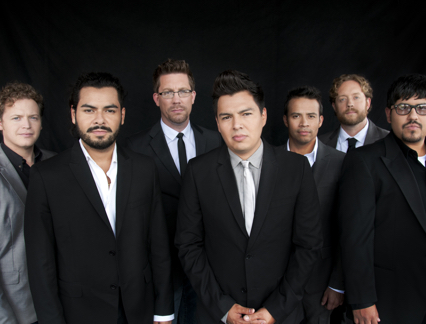 Over the course of an acclaimed career spanning more than a dozen years, Salvador has embraced a veritable rainbow of musical styles, from the Tex-­‐Mex and Latin sounds of the band’s Austin, Texas birthplace, to hip-­‐hop, pop, jam band rhythms, rock and much more. But it took their first album in more than four years, Make Some Noise, to turn Salvador into something they hadn’t been since their earliest days: a garage band.

Yet if “Make Some Noise” blazes a new trail for this seven-­‐piece band, it’s delivered them back to where the journey began. In energy and enthusiasm, joy and abandon, infectious groove and inviting love, the new album traces a laser-­‐straight line to the band’s first full-­‐length, self-­‐titled release in 2000. Long before their Billboard Latin Music Award nominations or their Dove Award for Spanish Language Album of the Year, “Salvador” put the band on the map with festive, breathtaking songs such as “Lord, I Come Before You.” The album marks a full-­‐circle moment for a band that has toured with Third Day, worked with producer Chris Rodriguez, and performed at Dr. Billy Graham’s final New York City crusade in 2005.